Back to Case Studies
Armenian or Safavid? A Reconsideration of the Architecture and Decoration of Vank Cathedral, Isfahan 1664/1074
Published on August 4, 2022
Written by Ahmad Yengimolki

I am in the final year of PhD studies and the core of my project is a detailed re-evaluation of the Vank Cathedral (Surb Amenaprkič) in Isfahan (1655-1664/1065-1074) in the context of Safavid art. The art and architecture developed in Islamic and Christian contexts in Armenian churches in Isfahan are so intertwined that it can be said that under the impact of this interaction a new work has emerged with its own distinct visual identity. Within this context, Vank Cathedral, in its construction, exhibits both Safavid and Armenian architectural and artistic features. The interior also exhibits a change in Armenian painting traditional before their immigration to Isfahan in 1606/1012. Surprisingly, this building has been overlooked by art historians and this project is going to be a major contribution not only to the history of this complex building but also to the understanding of the multi-cultural artistic traditions in seventeenth-century Isfahan.

According to the layout of my studies, not only this building but also other Safavid buildings of the same period should have been studied. Therefore, a trip to Isfahan was a necessity for achieving the objectives of my research. However, this trip was delayed as a result of financial difficulties along with flight restrictions caused by the Covid pandemic. It was only through a generous travel grant from the British Institute of Persian Studies that a one-week trip to Isfahan become possible in March 2022.

Before the trip, I was in contact with Ms Balian, who is the head of the PR team of Vank Cathedral, to receive copies of a set of plates that Yovhannes Julayec’ brought to Isfahan from Europe in 1646. Since these plates are preserved in the archives of the Vank Museum and only three of them are on display, it took a month of necessary arrangement before receiving the copies. As these plates play an important role in studying the murals of the cathedral, a small portion of the grant was allocated for this purpose. After arriving in Tehran, I realized that somehow my old camera was not working properly and the photos do not have the right quality, so the first thing to do was to buy a camera. However, as I needed the grant for the rest of the trip, I bought a second-hand camera at a lower price which worked perfectly. In Isfahan, a full day was dedicated to the Vank Cathedral and its museum, and other days to visit other Safavid buildings such as Ilchi Mosque (1678-1679/1089-1090), Hakim Mosque (1656-1663/1066-1073), and Masjid-i Khayyat-ha (1567-1568/975), Hasht Bihisth (1669-70/1080), Chihil Sutun (1647/1056-57), Masjid-i Shaykh Lutfallah (1617/1025-26), and Masjid-i Imam, formerly known as Masjid-i Shah (1612-1638/1020-1047). A great number of photographs were collected as a result of these visits which help to better understand the context in which Vank Cathedral was erected from.

One drawback of this trip was the lockdown of other Armenian churches, like Bethlehem Church (1627-28/1036), after the Covid pandemic. The lockdown will continue until further notice, and until very the moment that I am writing this report, the churches are not open to the public. To solve this problem, I paid a visit to the management of Vank Cathedral, but unfortunately, nothing changed and I could not get access to the other churches. Despite this problem, the objectives of this trip were fulfilled as the main goal was to visit the Vank Cathedral and document its structure and exterior and interior decoration and compare them with other Safavid buildings. I am truly thankful for the generosity of BIPS that allowed me to visit Isfahan as without it my research would have been incomplete. I am looking forward to publishing and sharing the result of this project as soon as possible. 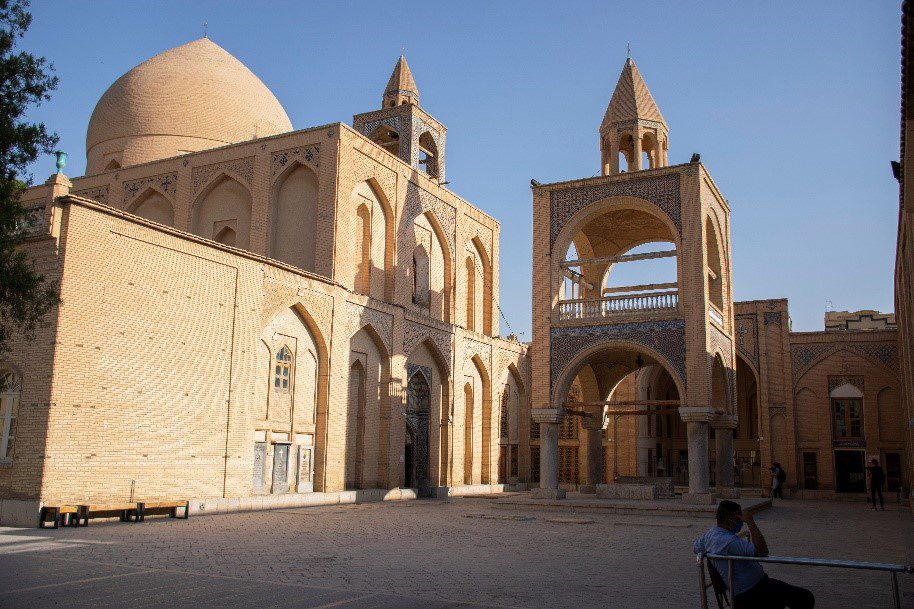 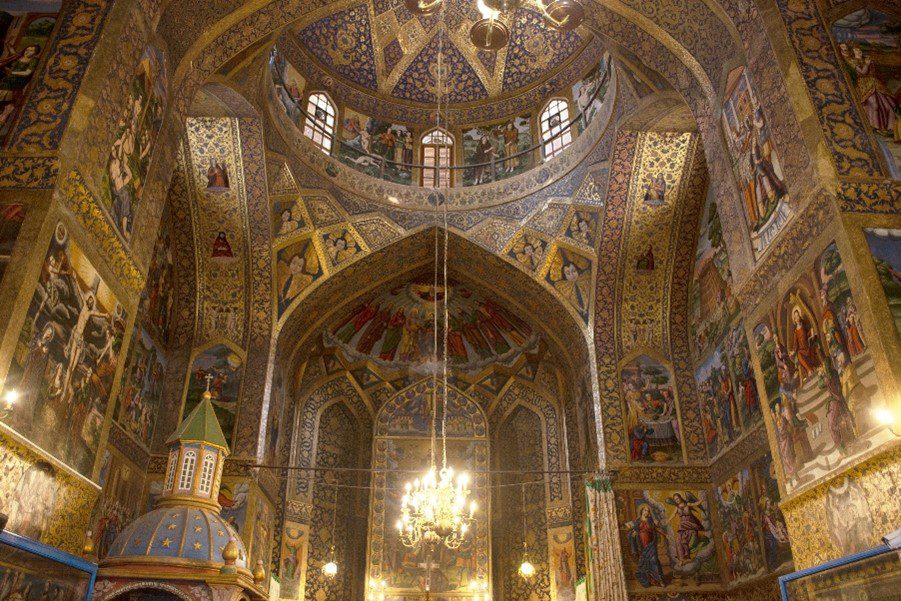