Back to Case Studies
Bahram Chobin’s Revolt: An Asset and Ally of East Rome in the Late Sixth Century?
Published on September 7, 2022
Written by Sean Strong 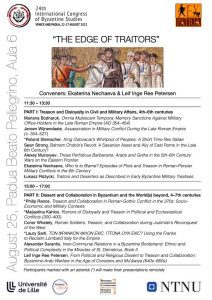 The travel grant offered by the British Institute of Persian Studies (BIPS) was used for my attendance to the 24th International Congress of Byzantine Studies, 2022 (Venice and Padua), to deliver a paper focussing on Sasanian history, specifically on the idea of treason during Bahram Chobin’s Revolt, AD 589-591.

The Congress is held every four years and is attended by Byzantinists from all over the world with many countries also bringing their international committees to the event – the equivalent of the Olympic Games for Byzantine Studies. It is a wonderful opportunity for scholars of Late Antiquity and Byzantium to come together, share and collaborate on research projects, and to also engage with research on Byzantium’s neighbours and rivals.

My paper tackled themes of dynasty, legitimacy, and regional history. It aimed to highlight how we, as modern historians, read and view treason in our ancient sources, and how in-turn that impacts our understanding of the aforementioned themes. The paper, and more widely the panel strand (sponsored and supported by the EX-PATRIA Project), were well received and provided an opportunity for fruitful discussion on the idea of treason and collaboration in the Late Antique world. The research presented at the Congress will form part of my second thesis chapter, and a version of it will be adapted for a proceeding publication in an edited volume organised by the panel convenors.

By delivering the paper it allowed me to enhance my existing public speaking skills, alongside receive constructive feedback on my research, which will be used to progress my PhD thesis. Furthermore, I was able to promote Sasanian history and culture to a wide audience. Though some Late Antique scholars are involved in Sasanian studies, it was a positive way to get across how interconnected the two empires (Roman and Sasanian) were, but also how rich and engaging Sasanian history is on its own terms. As a result, several scholars came up to me after my paper and inquired about the specifics of Sasanian political ideology and literary practices to better understand the episode and the wider period, alongside how it might also be useful for their own research.

By attending the 24th International Congress of Byzantine Studies, through the generous awarding of a BIPS travel grant, it allowed me to present my current research on Bahram Chobin’s Revolt, as well as gain valuable feedback and build positive academic networks. The reception of my paper instilled confidence in me that I was on the right course with my research, and I look forward to expanding on the ideas and findings in the months to come. For that reason, I am very grateful to the British Institute for Persian Studies for providing me the travel grant. 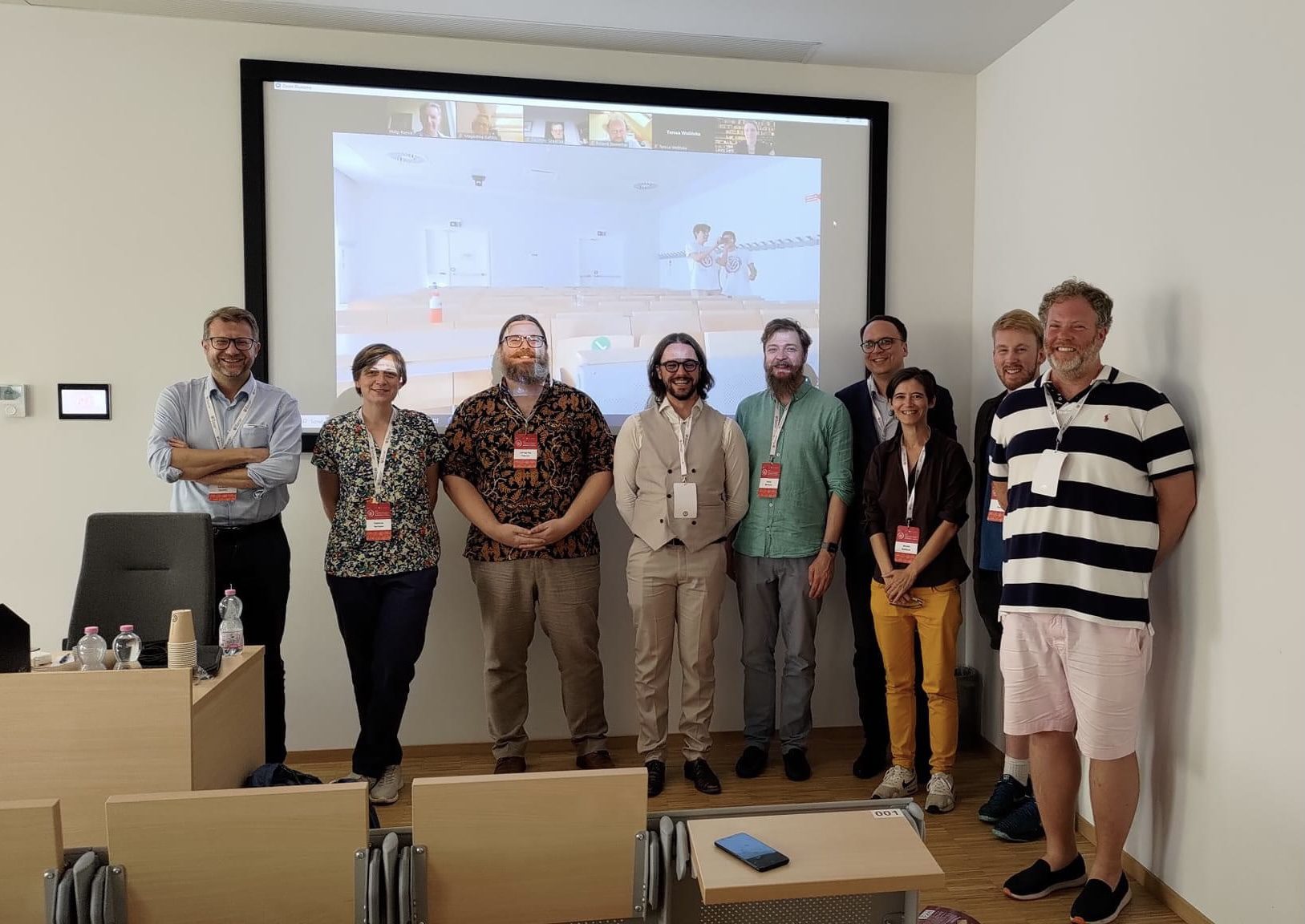 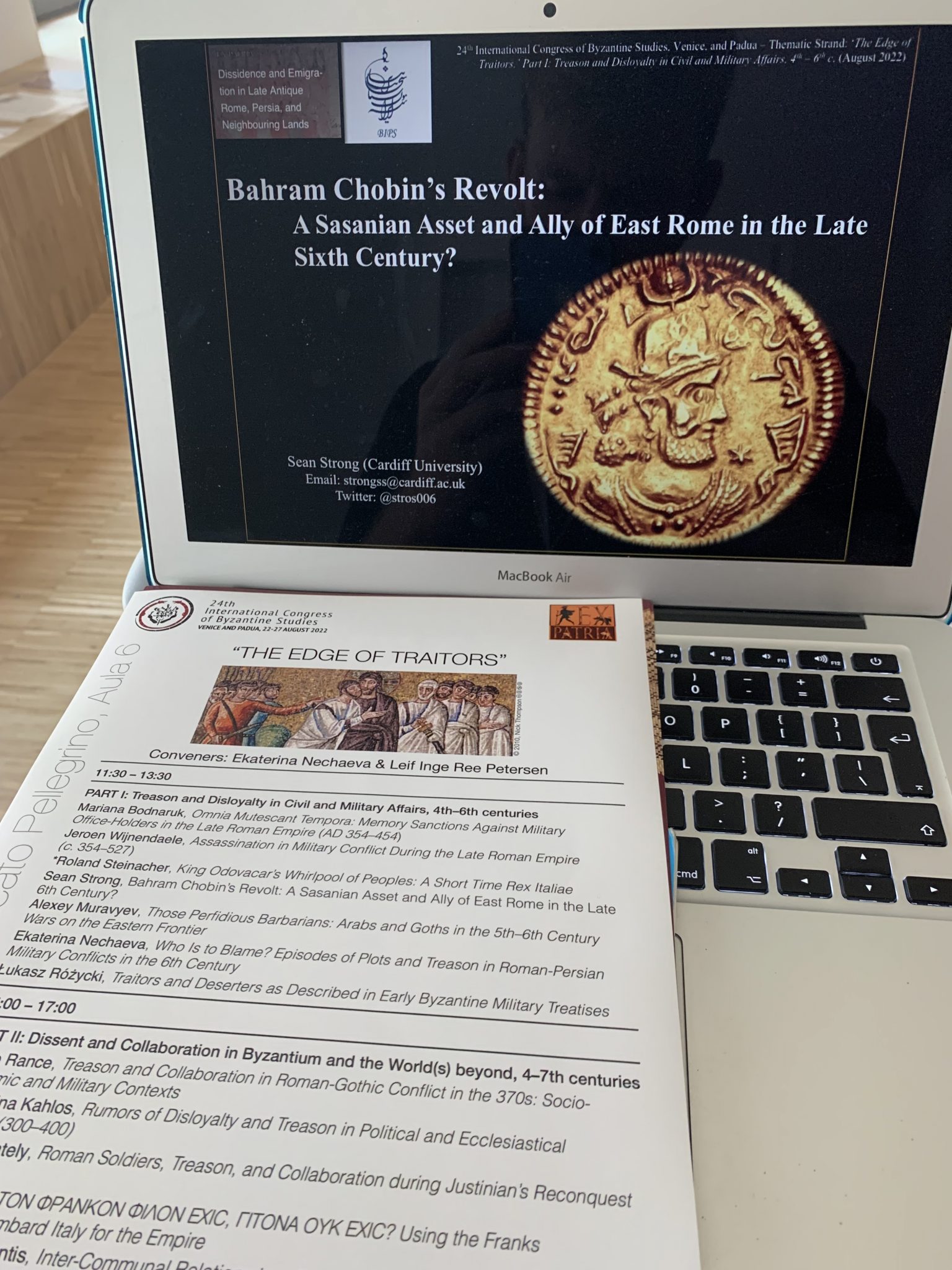