Afghanistan: From Buddhism to Islam (8th to 13th century) 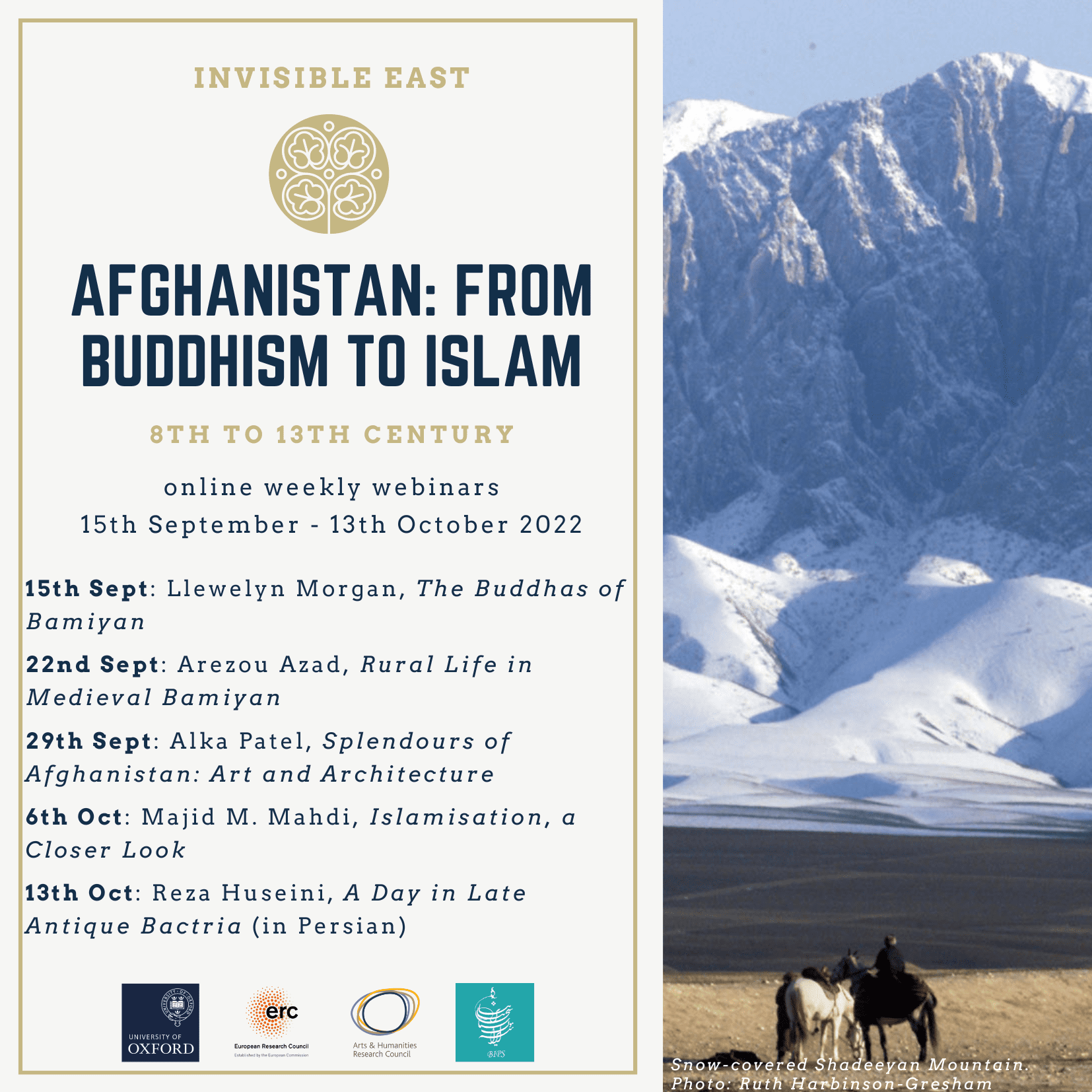 Afghanistan: From Buddhism to Islam (8th to 13th century)

In this series of five lectures, speakers will discuss various aspects of the life and culture of Afghanistan between the 8th and 13th century.

The series is organised by the Invisible East project with the support of BIPS.

Participation is open to all, please register using the REGISTER button.

The Buddhas of Bamiyan 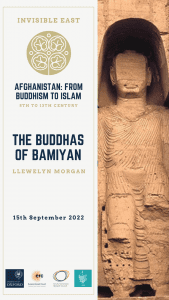 In this lecture, Llewelyn Morgan discusses the Buddhas of Bamiyan and their wider context in the Bamiyan valley, explaining what we know of their origin and original appearance, partly from contemporary eyewitnesses. He will then trace the celebrity of these statues in Islamic texts and then in European accounts when espionage or warfare brought Westerners to Bamiyan from the nineteenth century. The final part of the discussion will consider the paradoxical fame and influence that the Buddhas have exerted since their destruction in 2001.

Llewelyn Morgan is a Professor of Classics at Brasenose College, Oxford, and also author of The Buddhas of Bamiyan (2012) and co-author with L.M. Olivieri of The View from Malakand (2022), on the early history of archaeology in Swat. 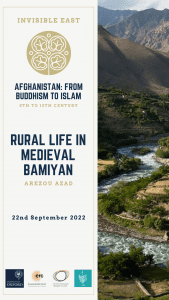 The wellbeing of medieval people depended almost exclusively on land and what agriculture allowed people to extract from it. And yet, scholarship on medieval societies, especially those in the Middle East and Asia, has focussed almost exclusively on a sliver of medieval society, namely the élite: the courts of caliphs and sultans and their retinue. In this webinar, we will explore the realities of rural life in medieval Afghanistan – how land was managed, who owned it, and how the government taxed it. We will consider whether peasants were as voiceless, and landlords as exploitative, as one might imagine. We draw our conclusions based on cutting-edge research that is being carried out by Oxford’s Invisible East programme on new documents that have emerged from Afghanistan during the past decade, most of which remain unpublished and are currently being prepared for publication. The Afghanistan documents add an eastern perspective to the already existing research on contemporaneous 12th-century documents from Egypt known as the Cairo Geniza. They bring to life a part of our human history that had previously been a “black hole,” and as such, they enrich our knowledge of medieval societies in general, and of Afghanistan, specifically, when it was a prosperous and influential region on the world stage.

Arezou Azad is a historian of the medieval Islamicate East from the coming of Islam in the 7th century CE to the Mongol Empire of the 13th century, and all its various component cultures and societies. Arezou leads two team-focussed projects, the PersDoc project funded by the Arts and Humanities Research Council and the Go.Local project funded by the European Research Council, both focussed on the study of documents, literary sources and material culture from medieval Afghanistan and Central Asia.

Connecting Worlds: The Shansabanis of Afghanistan 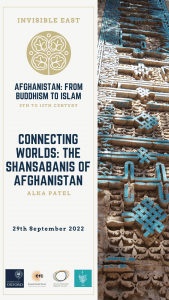 The Shansabanis (c. 1145-1215 CE), commonly known as the Ghurids, have long been considered inconsequential in western studies on the medieval Persianate world. Despite forming a transregional empire, their origins at the peripheries of both the Indic and Iranian cultural worlds, and their demise prior to the Mongol campaigns (1220s CE) have relegated them to minor historical status. Relying primarily on the Shansabanis’ impressive architectural patronage, this presentation has a two-fold aim: Not only will we see the true significance of the Shansabanis as connectors of greater “Iran” and “India” for centuries to come, we will broaden our view beyond refined courtly elites to understand the seminal historical role played by far-roaming nomadic populations throughout the Persianate world.

Alka Patel is Professor of Art and Architectural History at UC-Irvine. Her research has focused on medieval though early modern South Asia and its connections with Iran and Central Asia. Patel’s current monographic project on the Shansabanis of Afghanistan and northern India comprises two volumes, the first of which was published in late 2021. 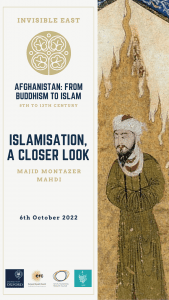 This session looks at the process of Islamisation and what it would entail. On the one hand, this enables us to go beyond the modern orthodoxy-oriented approach to religion versus the community-oriented approach, which has a more fluid conception of religion. On the other hand, it examines the long and complicated process of introducing Islam to various levels of social dynamics instead of treating Islamisation as a synonym for military conquest.

Majid Montazer Mahdi is a historian of Islamic law in the Islamicate East. Majid is trained as an Islamic legal scholar at Tehran University. He obtained his MA degree in Muslim Cultures from the Aga Khan University’s Institute for the Study of Muslim Cultures. He has just submitted his PhD in Arab and Islamic Studies at the University of Exeter. His current research is on biographical dictionaries of Shiʿi ulama written in the 17th and 18th centuries.

A Day in Late Antique Bactria (In Persian) 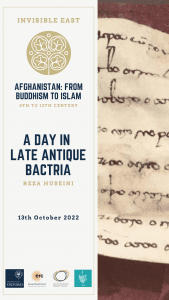 This presentation addresses the idea and practice of justice in late antique Bactria, a subject that has not been studied mostly because of the scarcity of primary sources. However, a number of Bactrian administrative, economic, and legal documents, dating to the early 4th to the late 8th century and found in different parts of modern-day northern Afghanistan, provide first-hand information on Bactrians’ understanding of justice. These documents show continuity not only in the terminology used but also in the institutions administering justice, processes, and judgement throughout the period and in spite of changes of regime. Putting these documents together, we can see a fixed legal system that had certain procedure, for presenting petitions and making judgment.

Reza Huseini received his BA and MA in Colonial and Global History, Leiden University. His Masters’ thesis focused on the formation of Mughal political ideology and its relation to the first Islamic Millennium in the sixteenth century.