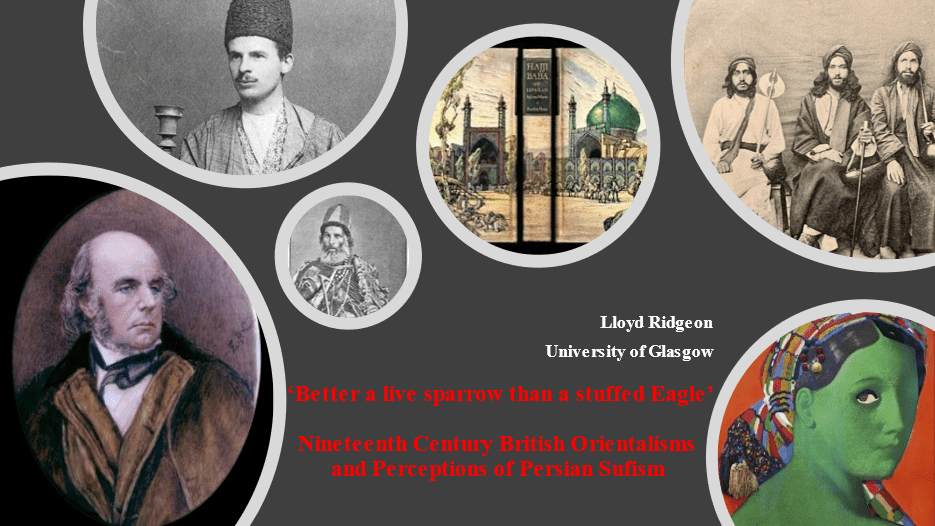 The majority of nineteenth-century British Orientalist perceptions of Sufism reveal the kinds of images and discussions that were heavily criticised by Edward Said in his book “Orientalism”. This presentation focuses on these British depictions of Sufism and assesses whether Said’s criticisms were valid. It also outlines the ways in which the legacy of Orientalists studies has influenced Iranian perceptions of Sufism in the twentieth century.

Register for the event using the button above, or watch it live on Facebook

Lloyd Ridgeon is Reader in Islamic Studies at the University of Glasgow. He has published extensively on Persian Sufism. His most recent work in this area is Awhad al-Din Kirmani and the Controversy of the Sufi Gaze (Routledge 2018). He also works on modern Iran, and his forthcoming book with Gingko Press (May 2021) is entitled, Hijab: Three Modern Iranian Seminarian Perspectives. The book investigates three very different responses about the necessity, or otherwise, of wearing the hijab that have emerged from the seminaries since the 1960s.